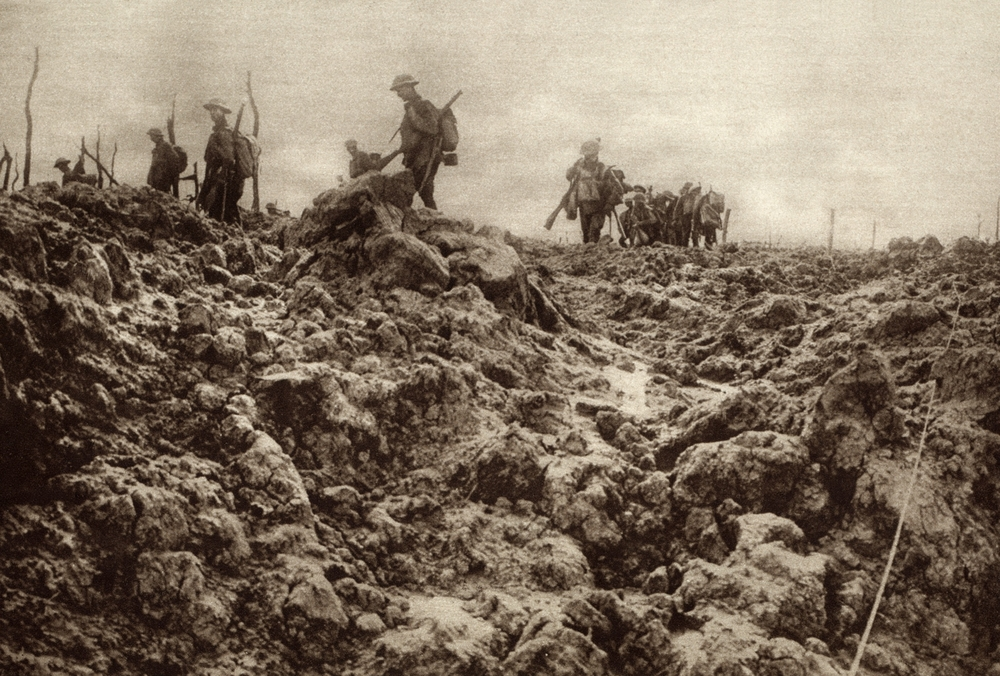 Ever feel like you live in No Man’s Land? A place where nothing is safe?

To this 37-year market veteran, it feels a bit like that right now.

The term “No Man’s Land” – a place inhospitable to life - is actually very old. It dates back as far as 1320 to a field outside the London city walls where executions were carried out.

To state the obvious, this is a very good example of a place quite inhospitable to life.

No Man’s Land became a much larger part of the modern lexicon during the First World War where it was used to describe the land between the trenches. Riddled with barbed wire, craters, mines, unexploded shells, rats, and mud, No Man’s Land was measured in meters in the beginning, as this was about the distance swords and guns could reach. As weaponry grew more dangerous – machine guns and longer-range artillery - No Man’s Land expanded to several hundred meters.

In Ukraine today, No Man’s Land is now measured in tens of kilometres. The advent of precision missiles, such as the HIMARS system, means most soldiers can’t even see their enemies when engaging them.

Instead of craters, mines, and exploding shells, the investing world’s No Man’s Land is a similar dark place, with its own unique dangers.

And what are the “safe trenches”? Savings accounts. GICs and term deposits. One and two year bonds yielding over 4%. These paid nothing just a year ago. Now they look pretty darn good.

Rest assured, there will be a time to be bold again. U.S. stocks are down close to 20% since January and long-term bonds down over 25%. Both are starting to scream “on sale!”

Timing is important. Just ask the Ukrainian army. It waited until conditions were right, when the Russians lowered their defenses, and then moved decisively near Kharkov. Ukraine recaptured over 3,000 square kilometres and dozens of towns in just days. Our time will come.

The Dangers of Victory

Events in Ukraine threaten to create even wider fissures in geopolitics than we have already seen. With its recent battlefield successes, Ukraine has publicly announced they want to drive Russia out of the Donbas and Crimea, demand hundreds of billions in reparations, and try numerous soldiers and officers for war crimes.

As bold as these demands sound, are they realistic? Russia without a steel-booted leader is a very large and fragile place with dozens of ethnic groups held together through fear and dependency. We are already seeing fighting break out in former Soviet countries now that Russia is bogged down in Ukraine. A defeated Russia could disintegrate in a Yugoslavia-like fashion, except with thousands of nuclear weapons hoarded by the new warlords.

The U.S. and Europe may despise Putin, but he may be more useful with his wings clipped inside a tight cage than replaced by someone even worse.

Despite the dire sound of No Man’s Land above, the current bad news has actually made things better for today’s investors. How is that?

Markets are adjusting to higher interest rates and a looming recession. Are we cheap enough yet? Maybe, and maybe not. Emerging markets like Brazil are already very inexpensive. Developed markets like Japan and Europe – pummeled by high energy prices – are also very cheap.

September is known as the worst month to be an investor because returns are typically negative. However, it also follows that September is also a good month to invest because this often marks the low of the year.

The Ned Davis Research Group has followed monthly returns since 1952. The worst period of the year is August through October, where returns are almost zero, on average.

Following this is the November through January period, which has delivered the best returns over the last 70 years.

So, buckle up for now. Things will get better.