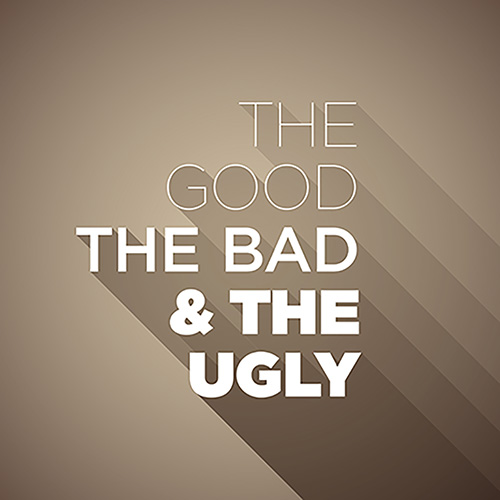 Comments on the Current Market

About every five years, we get a bear market. Sometimes it is stretched out to eight years, and lately it seems more like two to three years. But it is usually four to five years.

Our last big selloff due to market conditions was in 2018. The Covid-19 pandemic crisis was more of a health crisis and ended quickly due to government support.

Either way, we are firmly in the grip of the bear now.

Perversely, conditions are so bearish, it may actually be bullish. Stocks fell almost six per cent last week, and everything from bonds to stocks to gold is down. We are getting very oversold here (i.e., too much selling in too little time), and the bears are getting bold. There were more put options traded than at any time in history this week.

The bears have been right so far, but when the crowd leans too far one way, markets have a way of punishing them.

Bonds were flat in price, which meant interest rates are pausing. And they should. Economies everywhere are slowing rapidly, which usually sends interest rates lower.

Commodities are down, which means inflation will also be down (eventually). We feared high prices and inflation. Both are reversing.

The price of lowering inflation is a recession. The stock market is building lower earnings in by lowering stock valuations. The unknown is how far we have to go yet.

Almost every commodity is down, from oil to gold to wheat. What is that telling us? Recession crushes demand as people stay home and stop spending. Yes, many commodities (natural gas, uranium, silver, copper) and in short supply, but demand can still shrink sharply when the public cuts back. Commodities likely go much higher when demand returns, but that is tomorrow’s story.

Goldman Sachs is one of the more cautious research firms, and their year-end target is right about where we are today. Stocks could drop another 15 per cent if we face a severe recession. 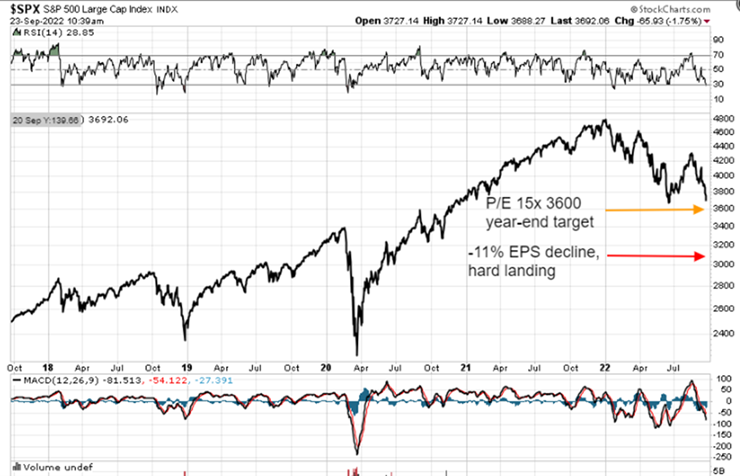 Historic returns suggest we are in the eye of the hurricane now, and this will pass.

Since 1951, June, August, and September have been the worst months. This is almost exactly what has happened so far in 2022. 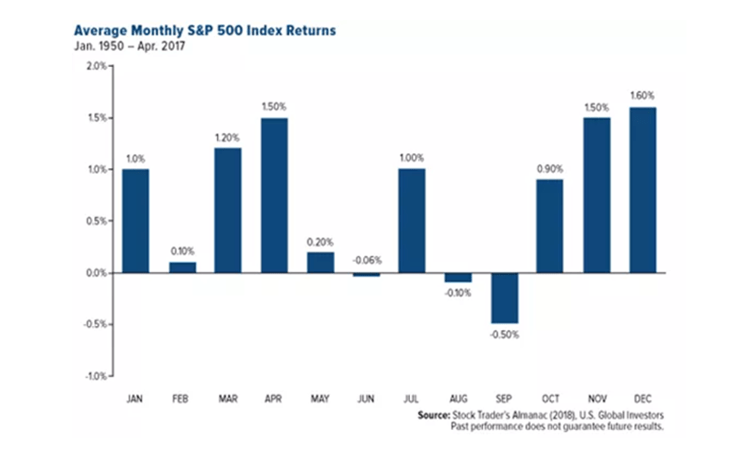 Breaking the periods into two, so that we can see the inflationary 1960s and 1970s (i.e., more like today) compared to the deflationary 1980s-2010s, shows that the investing year usually bottoms in September or October. 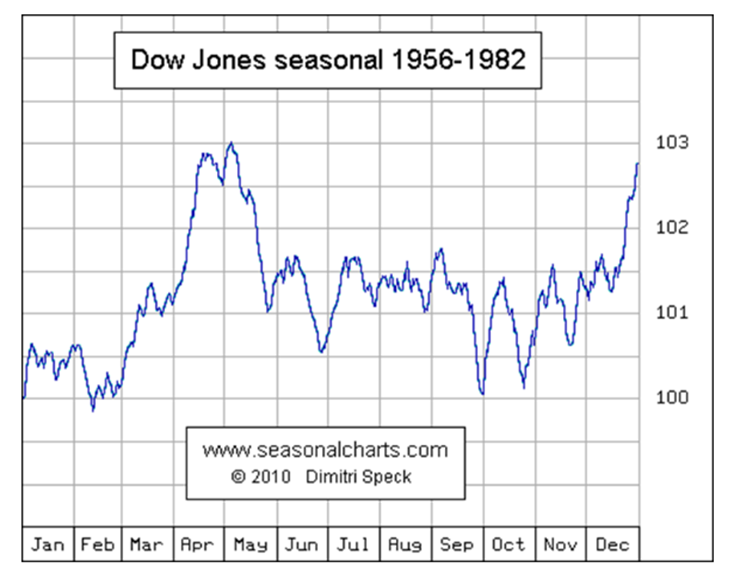 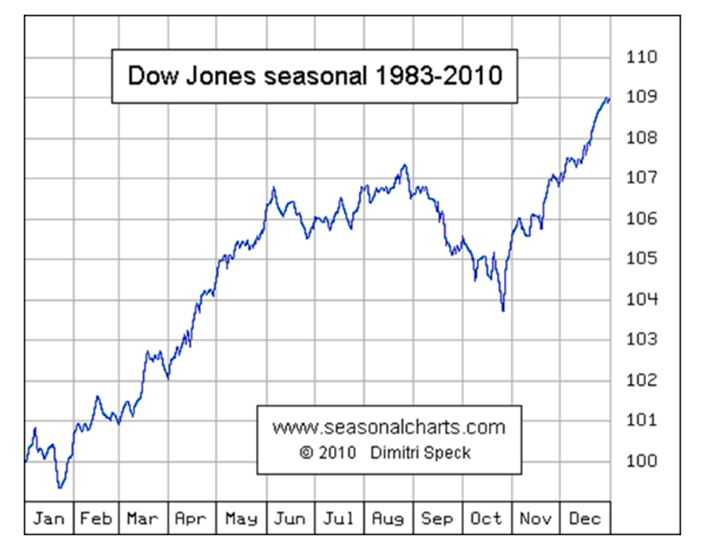 Now, we go back even further, precisely 91 years ago. This takes us to 1931, and we look at just those years holding a U.S. mid-term election. These are often weak years for markets, just as 2022 has been.

Historically, markets bottom at the end of September. That is, right about now.

Following the decline of mid-term election years, we see that pre-election years – 2023 in this case, in advance of the 2024 Presidential election – are often very good periods. There has never been a negative return on the S&P 500 from a mid-term election (November 2022) over the ensuing 52 weeks, according to Capital Group.

We like what we own, even though we don’t like the weakness. Our companies are more than capable of paying their dividends – in other words, income should be steady – and some will continue to raise their payouts (as MSFT just did).

We are currently watching LLY and WMT as two examples of quality companies we would like to own at lower prices.

We hate bear markets. Values of stocks go down, but the biggest fear is how much further markets have yet to fall.

However, the biggest risk we have seen over the decades is panic. When people panic, they do so believing they will be able to get back in later at lower prices. Few ever do. Some investors are still holding cash from the 2008-9 decline, believe it or not.

Buying and holding quality companies has worked for decades. There is no reason to believe this will change.