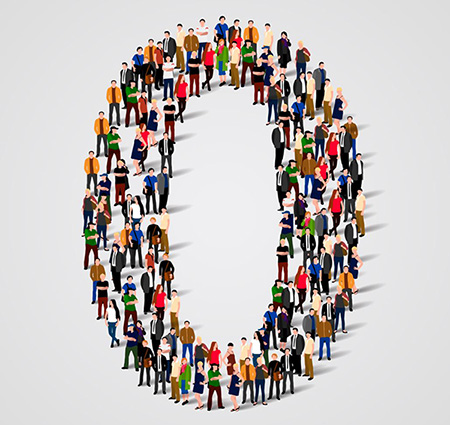 The modern world is obsessed with zero. You could say it started about 5,000 years ago.

The Sumerians in ancient Mesopotamia were the first culture to conceive of the idea of zero. It was more of a positional placeholder, like a vacant lot between two houses. It simply meant “nothing to see here, move along.”

The Greeks were able to do complex geometry – the Pythagorean theorem of triangles, for example – but little that involved anything related to zero. This led to some fundamental difficulties for Greek mathematics. Don’t even bother with the Romans. Roman numerals worked to count soldiers in a phalanx, but adding and subtracting? In Roman Numerals, this is next to impossible.

Zero moved to the Indian subcontinent, and then to China where it adopted the ‘0’ symbol we use today. Arab merchants then introduced zero to western mathematicians, who evolved it further to the complex mathematical concept it is today.

It should also be noted that the ancient Mayans discovered zero 2,000 years ago. They used it to devise one of the most accurate calendars ever invented, enabling them to calculate the solar year at 365.2422 days. This was a thousand years before anyone else. Their zero looked like a seashell rather than a circle, unfortunately, meaning they never discovered the concept of the wheel.

Zero is a key to such things as calculus (which the Greeks needed to understand the runner problem above) and just about everything else from thermodynamics to particle physics. Zero is a number that yields the same answer when you multiply it (always zero) and yet is immeasurable when you divide by it (you can’t divide anything by zero).

Zero is unique and absolute.

(source: Robert Kaplan, The Nothing That Is: A Natural History of Zero)

Here we are today, obsessed with zero today. Modern culture wants to deal in absolutes:

In the world of finance, leaders came to believe that we could finance everything if rates were held at zero. Money for nothing. The goal was to reduce the risk of stocks, bonds, and real estate prices going down during the pandemic.

We’ve seen how that turned out. Free money pushed cryptocurrency prices through the roof, alongside home prices, used cars, fitness bikes, cannabis shares, and social media shares. They are all rapidly ‘resetting.’ 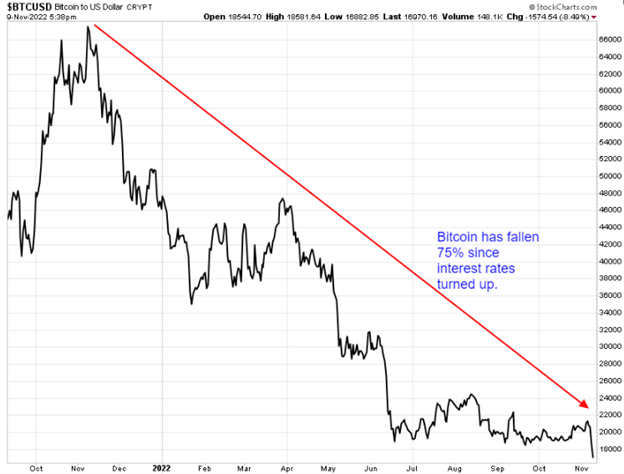 Zero is just one number – albeit a very important one. While mathematics uses zero, it isn’t anchored to it.

For example, liberty is not zero rules. It is a messy collection of laws strong enough to be enforceable by one side, but lax enough to be obeyed by the other.

The end of this polarizing obsession with zero will be painful for some investments and rewarding for others.

For example, banks and investment firms have struggled with low interest rates. When you can lend money at 9% and pay depositors 4%, you make a net 5%. But if rates drop to 1% and you pay 0% to depositors (which is where we were just a year ago), banks make just 1% on money they hold. Those spreads are widening again. Banks benefit, although they may also face losses from borrowers who cannot afford higher rates.

Zero trade with Russia and China are impossible goals. Sanctions and bans lead to theft, smuggling, and wars. Defense stocks are now in a major uptrend.

And zero emissions? A decade of seeking ‘net zero’ could lead to even more emissions as we scramble to heat our homes. Energy is emerging as a key investment theme for the decade, which many thought had a zero percent chance of ever happening.