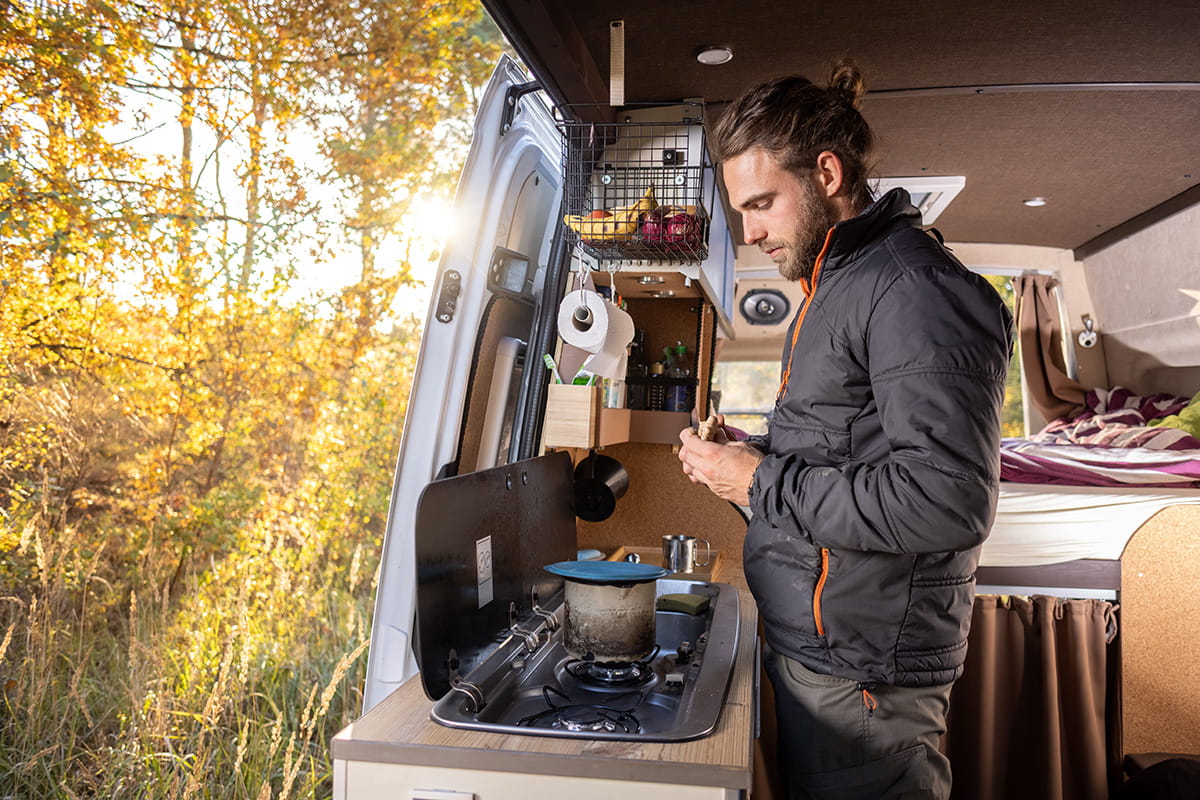 I Met a Man Who Lives in a Van

I met someone recently who lives a lifestyle I’ve read about but never really seen.

He’s a young man, 32, who works full-time and lives in a van. He’s been doing this for three years while he saves money to buy a house. His nest egg is quite sizeable, to his credit.

It prompted the poem below, an ode to the resilience of those who understand sacrifice, as well as to the youth of today.

I met a man who lives in his van,
Here in Canada, the promised land.

He works full-time, so not penniless
But lives where he parks, no fixed address.

One in four, at his age, have given up hopes
So have moved into basements of aging kinfolks.

How does he cook, or network on-line?
And what if he’s sick, or gets parking fines?

To rent, own a car, and have a bit of a life
Is out of his reach, not to mention a wife.

As temperatures drop, he dreams of the keys
To a house not on wheels that won’t ever freeze.

So he saves and he saves, putting all in the bank
Waiting for the average home price to tank

Which won’t ever happen, we seniors decided
We hold all the cards, and shuffle one-sided.

We kept rates near zero so prices stayed strong
Homes doubled in price! Why was that wrong?

“Kids today, those millennial snowflakes!”
I hear this often from friends eating steaks.

Those with homes and pensions and trips to the lakes
Haven’t met my friend with all of his aches.

He lives in his van as he’s waiting to claim
A piece of our pie – no more, just the same

He waits like few can, out there in the chill
For houses to drop, as they most certainly will

And because he’s so frugal, he’ll be buying in cash
From some mortgage holder whose rate rose too fast

Leaders are forged, not from ease, but from stress
Our kids have no choice, but to clean up our mess!

If the world today seems close to the brink
Relax - youth today is more tough than we think.

Funny how things go. You never see a black swan, and then suddenly two appear.

The day after I wrote the piece above, I met another man who lives in a van. He also chooses to, but he says he really feels for those who do so out of necessity. Housing is just so expensive.

How did house prices get to be so high? Your home was never meant to be an investment – it was accommodation. The rapid appreciation started with central bankers.

The primary purpose of every central bank is to keep the currency stable. Central banks were created – the U.S. Federal Reserve in 1913 and Canada’s central bank in 1935 - after currencies of the 1800s were devalued or inflated away. These national banks would prevent that.

As time passed, the list of things the central bank was required to carry out grew.

What does all of this have to do with my friend in his van?

Our money now serves many masters - stability, inflation, unemployment – and the central banks do none of them terribly well.

It all started 35 years ago.

Much of our modern ills began with the stock market crash of October 1987. Few today remember when stocks dropped 22% in a single day, prompting Alan Greenspan to slash interest rates to prop up the market.

This was the chief central banker managing economic fluctuations.

It marked the first time the U.S. Federal Reserve became an active participant in bailing out investors.

The sudden drop in interest rates led to a drop in mortgage rates, which led to a jump in house prices. A slump in 1990-1991 followed, but then came more interest rate reductions to bail out both stocks and houses.

This started the climb to house prices becoming expensive. The unaffordable phase began a decade later.

The Y2K/dotcom bubble of 2000-2002 saw rates drop to 1%. This led to loans for anyone with a pulse – remember NINJA (No Income, No Job or Assets) mortgages? What followed was the biggest bubble and even bigger crash in residential real estate in 2008 since the Depression.

In the U.S., buyers had a few years when houses got cheap, but almost no houses were foreclosed in Canada. Young Canadian buyers never had a chance to get in.

Then along came the Covid-19 pandemic and central banks really went nuts.

The U.S. central bank pumped $7 trillion of cash into the markets over two years:

This led to a surge in personal savings. Historically, people saved about 6% of their earnings. This jumped to 35% in 2020 with stimulus payments and nowhere to spend them:

Everything related to housing went through the roof. Lumber prices went up 700%: 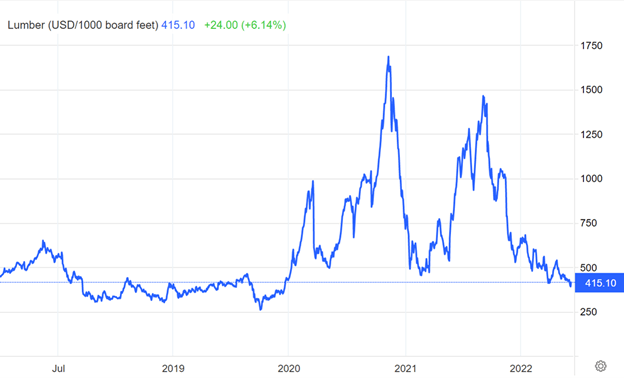 And home prices followed, up almost 50% across the U.S. in just two years:

This was great if you owned a house. It wasn’t so great if you wanted to buy a house. People like my friend in his van watched the average home price soar to over $1 million in Victoria.

He’s not alone in being left out in the cold.

According to a survey of renters in PropertyManagement.com:

Central banks are now correcting their mistakes. They are draining the bathtub of excess cash as fast as they can. They are doing this by raising interest rates, and withdrawing money in circulation. M2 is down $500 billion since January in the U.S. and there is still at least another $5 trillion to be removed.

Another example that the money bubble has burst is personal savings. After the ‘sugar high’ of 35% in 2020, personal savings are now down to just 2% - the lowest level since 2005. Yes, people saved money during Covid, but it’s all been spent. And more.

Lumber is back to pre-2020 levels. Many stocks are down 30%. Just as central banks pumped money in too fast for too long, they risk taking it out too fast.

Can a housing decline be ahead? My friend sure hopes so.